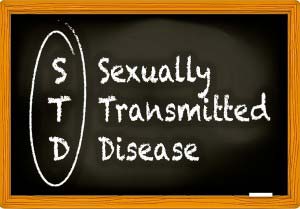 The number one cause of preventable infertility in America is Chlamydia. Infertility cases are increasing and some STDs are to blame. When left untreated, Chlamydia will make you infertile.

The Most Common STD

Chlamydia can go undetected for weeks or months. In the process, it will be causing further complications. As it gets complicated, it becomes harder to treat. Therefore, the best thing is to identify it early so that to treat it early. A Chlamydia home test will facilitate the early identification of Chlamydia. This homepage will offer information on Chlamydia home testing.

HIV Pandemic is most severe in South Africa

Over 10% of South Africans have HIV. In Swaziland, Lesotho, and Botswana, HIV prevalence is over 20%. Sub-Saharan African is the region hardest hit by HIV. However, authorities have undertaken efforts to reduce HIV prevalence with some notable success.

As of 2015, over 35 million people worldwide had HIV. South Africa had over 7 million HIV cases followed by Nigeria with over 3 million cases.

To end HIV, everyone who is HIV positive should be on anti-retroviral drugs. According to studies, these drugs reduce HIV load to the point where it will be hard for an HIV positive individual to pass the virus even if the person engages in unsafe sex with an HIV negative individual.

There has also been the talk of an HIV vaccine. Presently, pre-exposure prophylaxis is a sought of HIV vaccine. This regimen helps to prevent HIV infection. One has to take a pill every day.

If you have unsafe sex and you suspect that the person you had sex with has HIV, you should visit the hospital immediately (within 24 hours) and obtain post-exposure prophylaxis. This will prevent you from getting HIV.

In the US, Washington D.C. has the highest rate of gonorrhea diagnoses. In Colorado, the rate of 15-to-28-year-old individuals with gonorrhea is twice the national average.

Getting an STD is not the end of the world. Most STDs are treatable. Untreatable STDs are easily manageable. Many people have lived with HIV for decades. To prevent STDs, you should engage in safe sex. You should also not have multiple sex partners.

Get new posts by email!